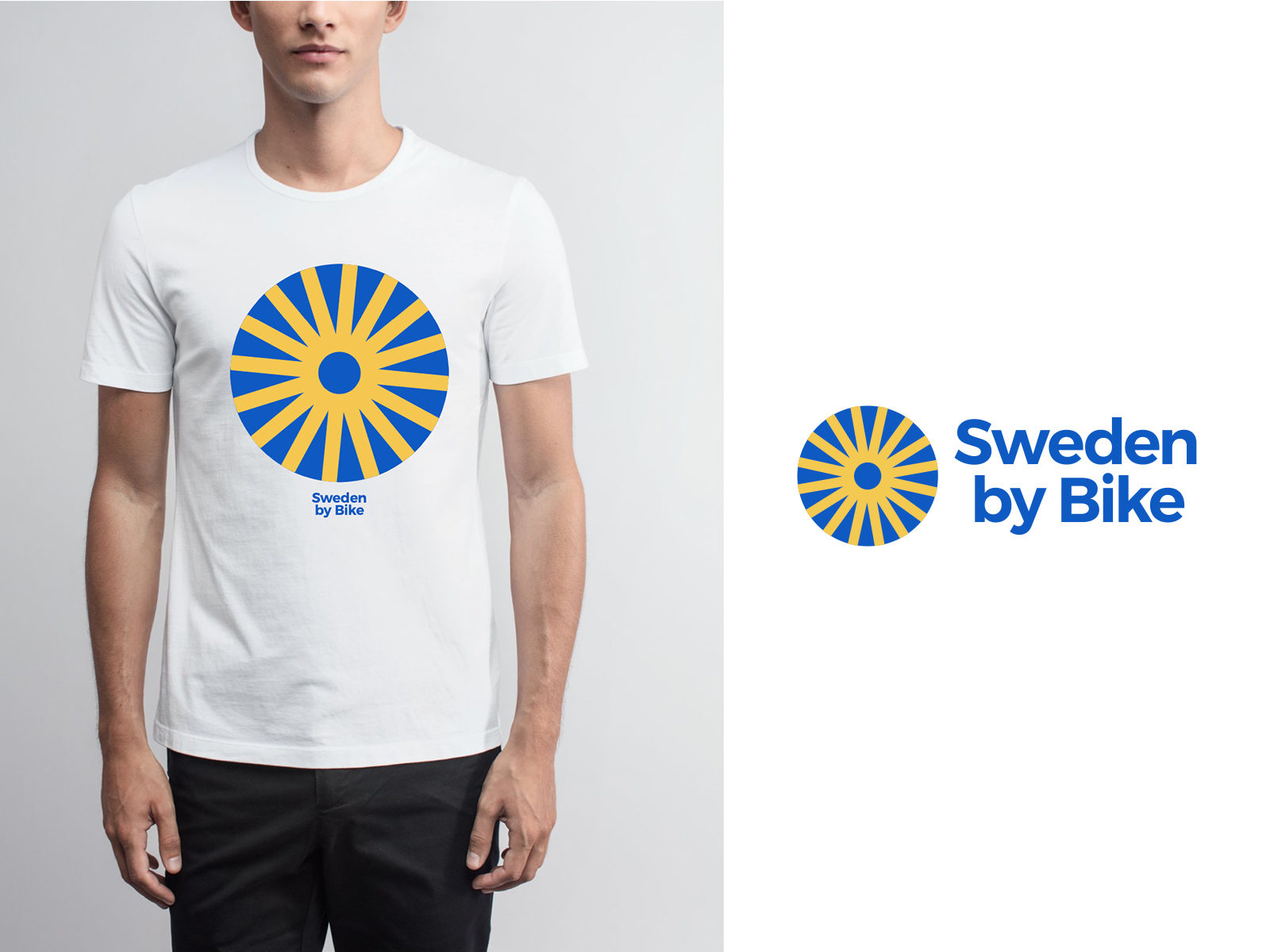 Sweden by Bike gets a new logo and graphic identity

Over the past few weeks, our graphic manner has gained a well-deserved face lift. One of the changes is that we have received a new logo and new guidelines on how to use it. Here we get to meet Oskar Glauser, the designer behind the new logo, who tells us more about why it looks the way it does and his thoughts during the creative process.

Hello Oskar! Big thanks for our new superfine logo! How did your thoughts come about for you to produce it?
I started from the two components bicycle and sweden that are in the name and also in the idea of Sweden by Bike. Since the name itself explains a lot, I thought that the logo or symbol need not be clear but can be very stylized and graphic to look better and create recognition.

And how did you land in the end result?
The idea was to create as timeless a logo as possible with a simple and clean form that hopefully can live for a long time and act as a signpost along Sweden's cycle paths. The shape is taken from a bicycle's spokes but when it is yellow against the blue bottom it can act a bit like a sun too. The simplicity also makes it work well in small sizes and for example on social media which is important to keep in mind.

It was great we think! What inspires you in your work?
I am very inspired by classic graphic design where simple shapes and few colors often give a more powerful expression and are more durable than anything more complicated that tries to explain too much. I like old school designers like Paul Rand, Milton Glaser and Olle Eksell but also what Karl Grandin for example does with Omnipollo.

Finally - do you have some nice bike memory to offer?
The nicest bike memory I have must be when I, my wife Cilla and both kids could cycle on each bike on a little excursion. It wasn't as far as I remember it, but very nice nonetheless. Otherwise, I cycle almost every day when I cycle to work. Good for health and the environment!

Here you can read more about Oskar and his company Glauser Creative.

Sweden by Bike
info@swedenbybike.com
Back to all articles